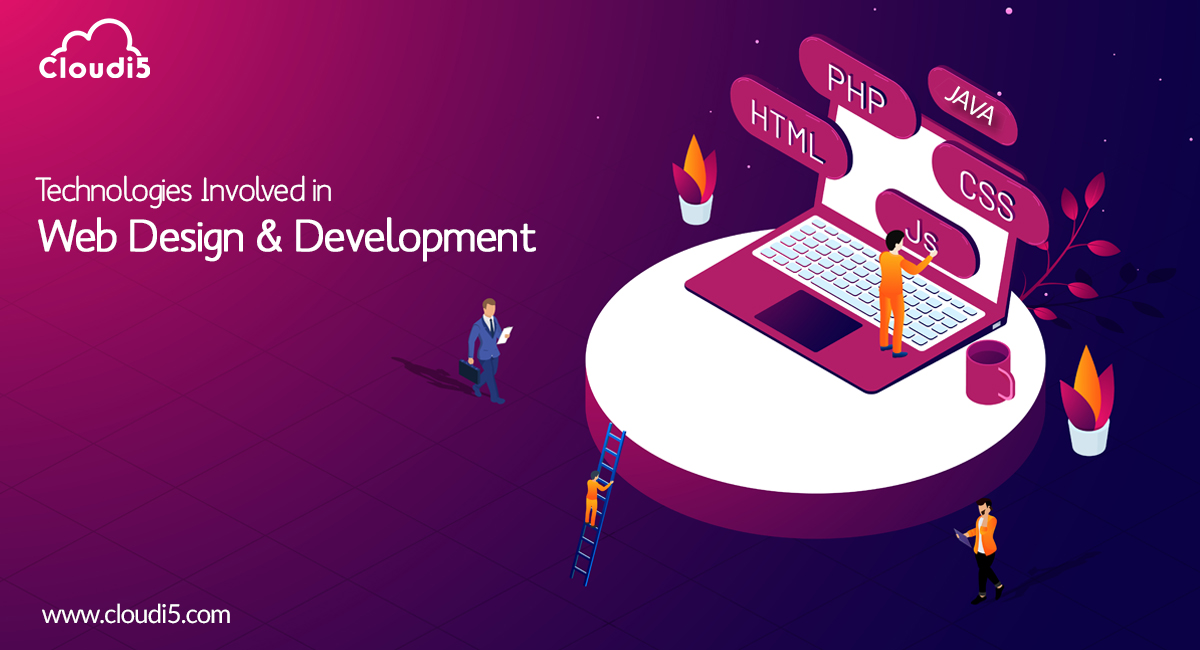 Websites are working smarter and looking impressive with the growth of technologies used in web designing and development. There are numerous programming languages, packages, and techniques deployed in creating amazing functionalities of applications and websites. The technology keeps changing according to the website design requirement.

The static and dynamic web designs differ in appearance and performance. A different set of rules and techniques are used in creating the two designs. Let the website design be static or dynamic the developers need to be qualified in the foundation that comprises HTML, CSS, and JavaScript.

The front end web development involves the programming languages to create elements that can be visualized and accessed by the user. It's a combination of languages, libraries, and frameworks. These are the client-side coding that enables the communication between the computer and the browser.

The Front-end or the client-side technology includes but is not restricted to the following components.

HTML - Hypertext Markup Language is the basic component to build websites. It is used in designing the structure and content of the web pages. It is the primary part in creating the code version of the wireframe to be used by CSS and JS.

CSS - Cascading Style Sheets and its feature allow the designer to describe the appearance and functionality making it meaningful. The preprocessors compiled into CSS adds features and increases productivity. Sass, LESS, and Stylus are the trending preprocessors.

JavaScript - JavaScript (JS) adds interactive elements to web design. It is combined with other programming languages to improve the efficiency of the websites. The UI design elements like image sliders, mega menus, tabs, form validation, etc. are built with JS. It is a runtime language that makes the web design interact with the user while improving navigation.

Back-end / Server-side technologies - The back end technologies are used to integrate communication among the application, server, and the browser. It focuses on the database, scripting, and architecture of the web design. The web designing and development agencies work at the backend on coding languages, frameworks, databases, operating systems, etc. to access and deliver information back and forth to the server and the browser.

Programming languages are combined with frameworks in the process of web development. It focuses on the speed and responsiveness of the web pages. The developers use many languages to build websites according to the users' requirements.

Some of the languages used in creating the websites are JavaScript, PHP, Python, Ruby, Java, etc.

The Frameworks have an inbuilt structure that supports the programming languages. It simplifies the tasks and can be used as per the need of the web design.

Django, Ruby on Rails, Node.js, Phoenix, Bootstrap, Drupal, Angular.js, etc. are some of the Frameworks used in the backend for the execution of front end tasks. Libraries consist of code snippets to simplify the process of generating functionalities.

The DBMS is the set of programs stored that is accessible by the user. The developer can manipulate the data to suit the requirement and make the website dynamic. SQL and NoSQL are the two types of databases. Storing the data reduces the load on the server while retrieving it from memory is also easier.

MongoDB, Redis, PostgreSQL, AngularJS, NodeJS, etc. are some of the database systems indirectly accessed by the user to acquire the information.

The server stores and passes on the information back and forth to the browser. It provides shared resources essential for the network to run that includes the database, file storage, web services, encryption, and security.

Middleware is a layer present between the applications and the network. It includes software in the servers that connects the front end of the application with its backend network. Tasks such as authentication, data management, API management, etc. are processed by the Middleware.

They are categorized into Transaction Processing Monitor, Remote Procedure Call, and Message-Oriented Middleware.

APIs are the protocols that describe the architecture of the server-side software and the data transferred. It simplifies the interaction among the devices and network with a simple set of commands. Skyscanner Flight Search, Open Weather Map, API-FOOTBALL, etc. are few APIs trending today.

The above-explained server-side or the back end components act as a spine in create and maintaining the interaction among the various units of the network and devices. A well-experienced web designing company adopts the latest technologies to add agility to the processes.

The web designers and developers work consistently on both the front and back end technologies to improve the aesthetics, responsiveness, and functionalities of websites'. As a result, new technologies keep evolving constantly to enhance user experience and increase the efficiency of web designs.