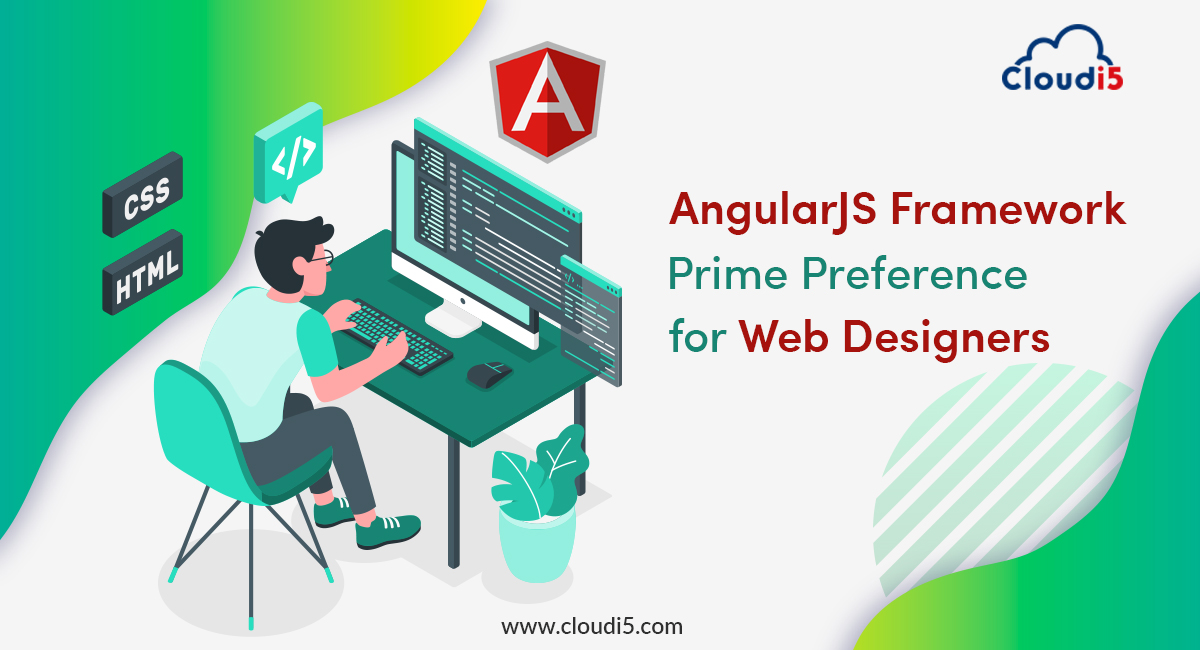 Websites are an essential part of any business in the present day and in the future too. The growth of e-commerce trades has also created the need for continuous web design and development. This has eventually given rise to numerous advanced web designing tools. AngularJS Framework is one such amazing tool used by most of the web design company.

AngularJS is an open-source structural JavaScript framework designed by google experts for front end web development. Since inception, it's been constantly updated with the modern technology features which makes it a star among other popular tools. AngularJS has ample of advantages that are significant in building and maintaining dynamic websites. Let's look deep into the features and usability of AngularJS.

It is a TypeScript based open source web application. Developers can reuse it across different parts of the application and make it function on different browsers. They don't have to develop scripts repeatedly.

AngularJS integrates effortlessly with other libraries and frameworks. The designer working on client-side development doesn't have to waste time in interacting with multiple plugins and applications. The modular method allows the designer to integrate HTML JavaScript Dashboard control into web applications.

Unlike other frameworks, AngularJS is a component-oriented architecture. It uses MVC where the developer just has to separate the layers of logic, data, and presentation and the rest is done by AngularJS. No coding and stringing are required.

This is one of the important features of AngularJS. The synchronization between the model and view is instant. The changes made in the user interface immediately gets reflected on the application view and vice versa. Whenever the changes take place in browser events, modules, or applications, the framework automatically updates the changes in the rest of the parts. Non-binding structures like jQuery can be combined with AngularJS to build large projects with many designers and developers involved as the DOM elements can be used without saving the link.

AngularJS can build Single Page Applications in no time. The developers find this feature very useful as they don't have to reload the entire page to make minor changes instead update only the part which requires changes. Using it the designer can change the HTML elements of the user interface. It has a built-in validation to check on the error and the designer can also create one.

AngularJS uses a declarative paradigm to build patterns that are accessed repeatedly. As a result, the code gets simpler and lightweight. It contains only the coding required for the specific result. These codes can be easily interpreted and implemented quickly.

It's a part of a very large and active community. AngularJS is developed by Google and now maintained by the community of dedicated professionals. Google provides constant updates and necessary support to the community. It is released under the MIT license and can be downloaded. This community engages with other organizations for initiating new developments.

This feature binds AngularJS with other sources without the getter and setter elements. It provides easy to use, fast, and planned objects. The designers can manipulate, loop, and add properties to the objects according to their requirements.

AngularJS supports End to End testing and Unit testing wherever necessary without any external framework or plugin. E2E testing is useful in testing the elements as a whole while the unit testing breaks the elements into smaller codes to be tested. AngularJS modules allow mock units to be tested to verify the desired outcome.

The customized directives in AngularJS extend the functionalities of HTML. It conveys the information of specific behavior to be attached to the DOM element or transform the DOM element if required. Each directive has a specific name and uses in an element, attribute, or comment and can be reused for improvement.

AngularJS can be used on the client-side without any changes required on the backend. Developers can use it to build the front end of web applications.

Developing a mobile application is one of the important uses of the AngularJS framework. It is very effective in building many Android and iOS apps on many popular platforms. Angular features are useful in mobile web applications like weather update apps, on-demand video streaming apps, social apps, etc.

That was a quick run to understand some of the efficient features and the way they benefit developers. Still, there are numerous exciting aspects like Dependency injection, Routing, MVVM support, integration, etc. used in web development. Developers prefer using AngularJS over other tools as it is very versatile and well integrated.