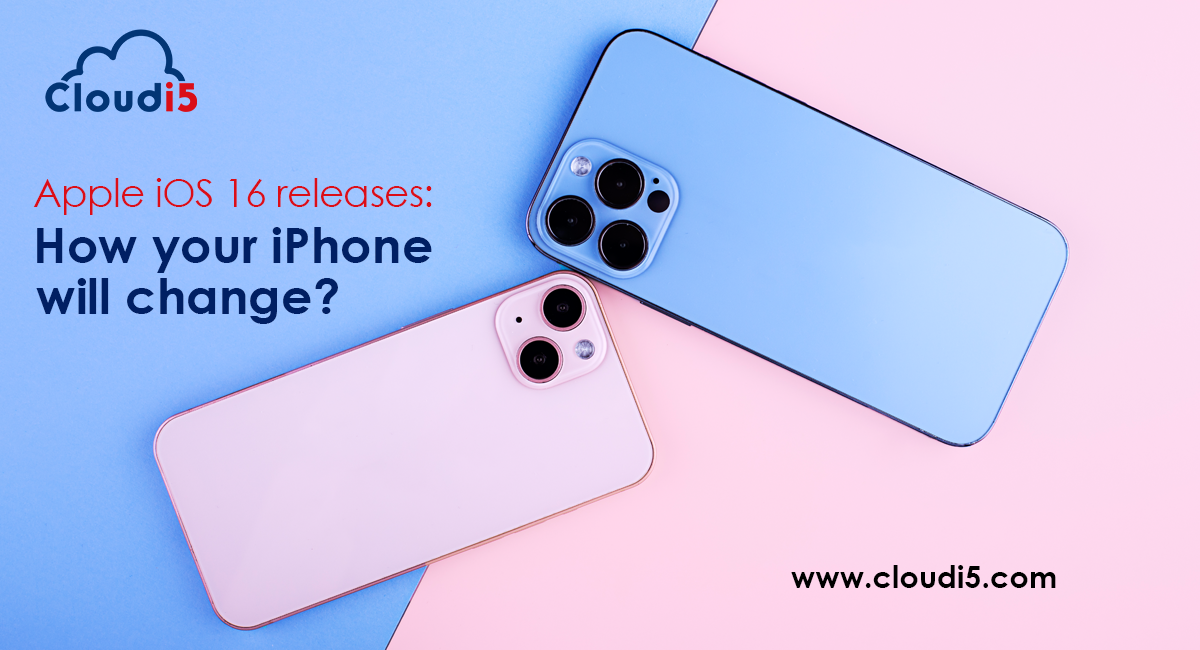 Apple IOS 16 Releases: How Your IPhone Will Change

Finally ready for download, iOS 16 brings several upgrades to the lock screen, improvements to Messages and Mail, and more ways to interact with images and movies using Visual Look Up and Live text. All iPhones released after the iPhone 8 will be compatible with Apple iOS 16. A few unique capabilities are only accessible with the most current iPhone 14 Pro models.

The new iOS 16 features include the ability to edit and erase iMessage messages that have already been sent, the most considerable lock screen redesign yet, an immersive full-screen music player for the lock screen, and a focus on quality-of-life improvements. Let's have a look at it.

App Marketers Should Be Aware Of The Ios 16 Upgrades

The iPhone Lock Screen has been redesigned as part of the iOS 16 update, making it more customizable than ever. The ability to build numerous Lock Screens with various widgets, colors, and fonts allows users to switch between them quickly. Without unlocking the phone, users can check their Calendar events, see the Weather app, or receive live sports updates using the Apple TV App's Live Activities feature.

For instance, users may make a screen with widgets connected to Apple's Focus mode for work and a separate screen for their workouts. The more customizable Lock Screen will be advantageous to app developers that support widgets as it will provide them with another opportunity to grab users' attention quickly.

Like pay later systems like PayPal, Afterpay, and Klarna, iPhone users will be able to make Apple Pay purchases over four equal payments with no interest or fees. Everywhere Apple Pay is accepted, Apple Pay Later will also be accepted. By doing this, Apple is moving closer to becoming a comprehensive service and perhaps a fintech in and of itself.

Apple Pay Order Tracking, a brand-new iOS 16, works in collaboration with the new Apple Pay Later function. With the help of this function, businesses may safely transmit receipts to customers' Apple Wallets.

Apple created the App Intents API to make it simple and labor-free for third-party applications to interface with Siri. Check out Handling Workout Requests with Siri Kit in Apple's documentation for an example of how to include Siri in a workout app.

With this update, Live Text's capabilities have been extended to include video recognition and its ability to identify text in photographs across all iOS devices. Users may stop a video and interact with the text while it is playing. It can translate text rapidly; money can be converted, and more. The fact that Apple has also made a Live Text API available, which makes it simple for developers to use Live Text capabilities, will satisfy them.

How Is Apple IOS 16 Installed?

If your iPhone has adequate power, it will often discreetly download iOS 16 during off-peak hours. After that, you should get a notification to install it. However, you may actively search for Apple's iOS 16 updates and force an install if you're eager or if your iPhone doesn't automatically do so for some reason.

From the iPhone 8 model forward, all iPhones (2017 and later). Here is the complete list of gadgets that will get it:

iPad 9.7 (2017) and all subsequent models. The list consists of the following:

Pros And Cons Of Apple IOS 16