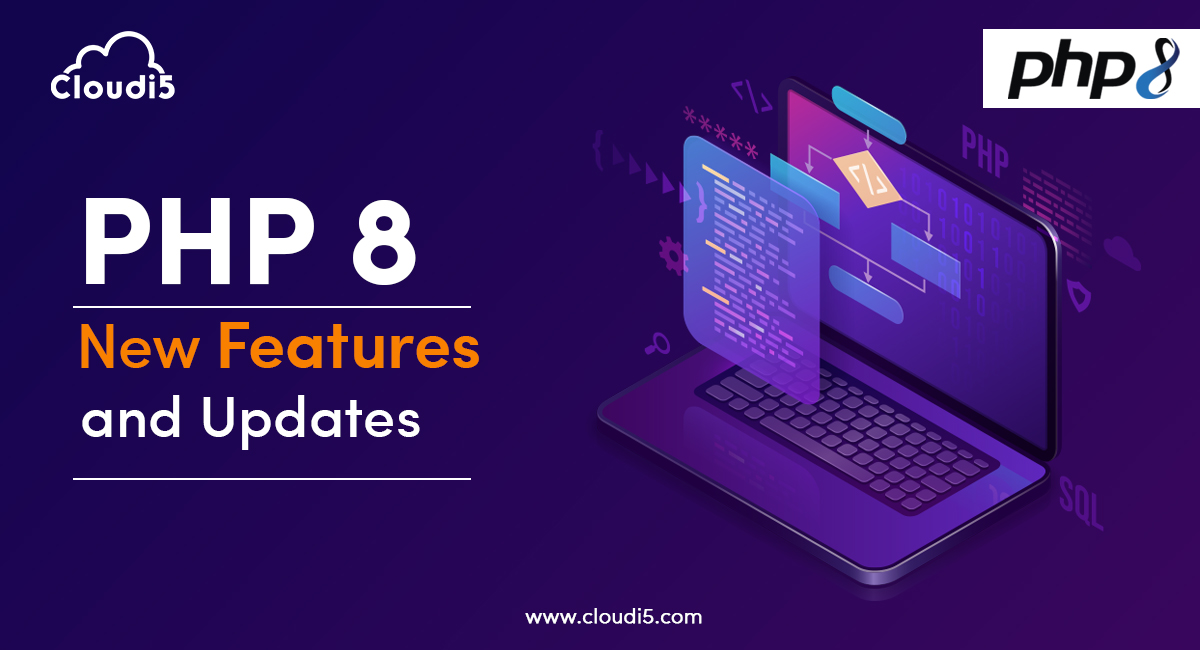 PHP, one of the versatile and favorite languages of developers has now come up with new updates and features. It is an open-source server-side scripting language used in web development, content management, database, and much more. PHP 8 is the version released, which is a periodical update every three years. It has simplified and overcomes the complications of earlier versions. Here is a look at the new changes.

The inclusion of Just In Time (JIT) compiler to PHP 8 enhances the performance by caching the interpreted code. JIT compiles the code into machine code and runs it directly on the CPU. It automatically chooses the specific parts of the code that needs to be compiled with the JIT compiler. As a result, the entire compilation time is reduced with the CPU native instructions.

Match impressions enhance the switch syntax in many ways. When the match expressions contain one or many matching conditions it behaves similarly to multiple cascading case keys in a switch block. It permits the assignment of a value in a variable or returns its value without a local variable value.

Unlike earlier versions, PHP 8 supports nullable types that allow the declaration of more than a single argument, return types, and properties. Yet the parameters, functions, and classes should be of the same type declared in the definition. Any number of arbitrary types can be declared to and for the arguments, property class, and return types. No change has been made to the prevailing nullable and iterable types. Union type declarations are validated during compilation to avoid errors while using parent and child class in the union.

In PHP 8 the arguments are order-independent and self-documented. They can be passed on to a function based on the specific parameter name instead of its position and omit the optional ones. It is much easier to understand the coding as the argument names are descriptive.

PHPDoc annotations are not required anymore to add metadata to the declarations. Attributes are structured metadata available in PHP 8 for declaration using PHP native syntax. This is a built-in feature which enhances the capability and performance of the software while simplifying the process of development.

Construct property promotion has been introduced to minimize redundancy and syntax complexity. Now it is possible to declare the visibility and type of your class properties from the constructor and assign the parameters instantly. It reduces the boilerplate code to define and initialize properties.

The updated null safe operator uses the chain of calls to perform the null check, detect mistypes, and evaluate the entire chain. It is not necessary to specify a null check condition in PHP 8.

PHP 8 uses number comparison only to number strings else it converts the numbers into a string and uses string comparison.

Apart from the above-mentioned changes PHP 8 has many detailed engines and syntax updates. This has simplified the process of coding and boosted the performance of the language to a greater extent.