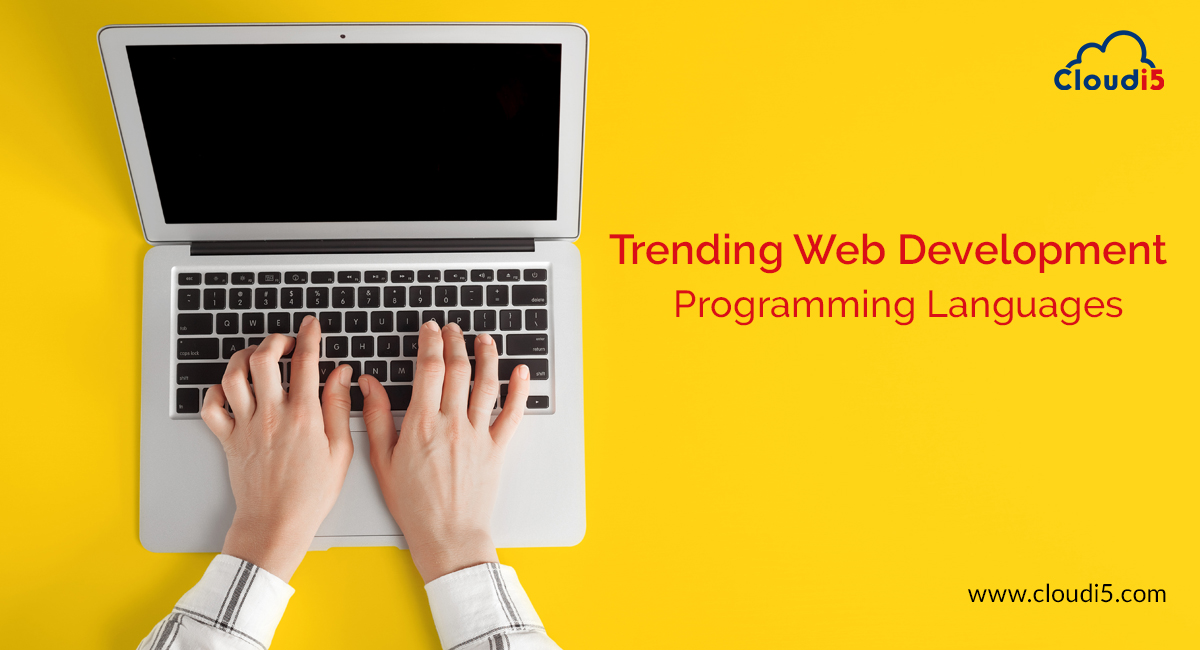 The growth of the web designing and development industry has brought a breakthrough in the working style of all the other industries. Most of the business functions such as administration, finance, marketing, sales, etc. need applications and online platforms. Web development can support any size business or organization with constantly improving technology. The Internet has eased the sales of product and services

Every year new programming languages come into the market and the existing ones get updated. Businesses today require websites, e-commerce stores, or some other digital platform to reach customers and improve returns. Cloudi5 web development company uses the latest and high-end languages to build websites and eCommerce stores for their clients that have resulted in higher productivity. Today let's have a look at some of the top trending programming languages used in web development.

Java has come a long way and proved to be the best software and the foundation of the web development process. It is independent software that can be transferred to any device without affecting its software and hardware. The java development kit comprises of Java compiler, Java Virtual Machine, Java API. It is an open-source object-oriented language with good libraries and frameworks which makes it versatile to integrate with other software.

.Net is an open-source and cross-platform that can be used with many other languages and editors. C# is the coding language used in the .net framework. It has a predefined collection of libraries for security, encryption, and database access. .Net is useful in establishing a connection between websites and various devices and integrates well with legal systems. Efficient UI controls simplify the developer's job considerably.

Python is a multipurpose high-level language used for

It has a vast library, automatic memory management, and third-party modules. Python is widely used by large organizations, as it supports multi programming paradigms and portable across various operating systems. It has a built-in data structures dictionary and list to build fast runtime data structures and allows dynamic high-level data typing.

It is a client-side scripting language used by developers to make the websites interactive. JavaScript allows the developer to include complex features to websites, mobile applications, and online games. This language does not require compilation as the browser interprets it as HTML tags. It is capable of operating with other languages and can be executed on the user's device. This improves the speed of websites and applications without overloading the server.

PHP is an open-source server-side scripting language. It is independent and can be used on different platforms. It is faster than other languages and provides high performance at a low cost. The flexibility and integrity of PHP allow the developer to include it on any ongoing projects, make changes anytime, and work on any platform such as Linux, UNIX, Mac, windows, etc. it has a well-organized logical syntax that is easy to learn. PHP is supported by a large community providing an ample amount of resources, database, and supports object-oriented programming. It comprises tools to work on MySQL and read and alter XML docs.

Laravel PHP framework is a robust tool that has several benefits such as simplifying the authorization process and integrating emails, speeding up apps, URL routing configuration, etc. CodeIgniter is yet another amazing MVC based software used by developers in forms and data validation, security and XSS Filtering, session management, etc. The web developers prefer to use this PHP language as it is adaptive in nature and simple to understand

These five languages are widely used due to their versatility, flexibility, and knowledgeable resources available to anyone easily. Productivity and performance of all the languages are remarkably higher than other languages in the market. The developers' work is enhanced while streamlining the efforts to achieve the goal in less time.