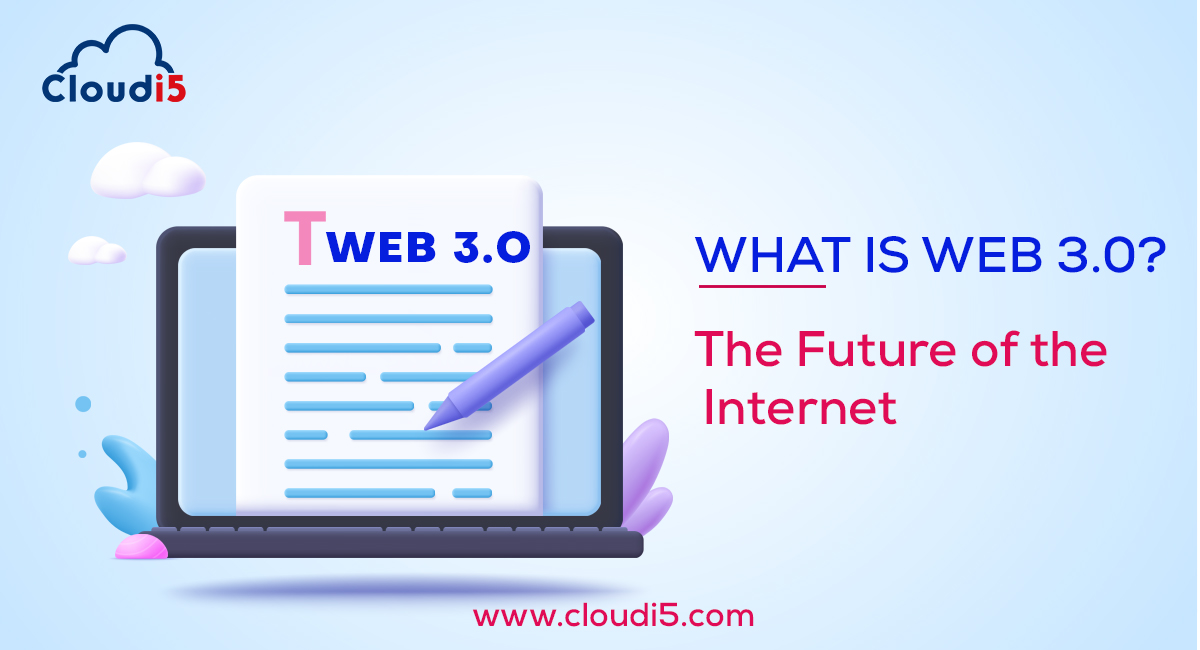 What Is Web 3.0? The Future Of The Internet

According to some analysts, the decentralised web, also known as Web 3.0, would promote digital openness and democracy. Web 3.0 can create a decentralised digital economy where consumers own and manage their whole online identities. Some feel it will eliminate existing centralised systems that encourage data exploitation and privacy abuses.

The Ideas And Conflicts That Led To The Creation Of Web 3.0

In its more than 30 years on Earth, the Internet has gone through various growth phases. Web 3.0 does not have a textbook definition. You may get a sense of how Web 3.0 will change the online experience in the future by going through these stages.

It was the very first internet version, built-in 1989. The early Internet consisted primarily of web pages linked together by hyperlinks. For this reason, it was referred to "read-only" web because of its lack of interaction and offline user input. Individual web pages were static pages stored on the web servers of internet service providers. Mainly used Web 1.0 to read about things, get updates, and communicate in linear text. Commercials were, somewhat unsurprisingly, prohibited.

The Internet's Changing Phase Is Web 3.0

Some attribute this to the fact that Microsoft, Google, Facebook and Amazon own the vast majority of today's internet services. Consumers have little say in how their data is used. There have been numerous allegations that these multibillion-dollar firms deceive users, profit from their information, and pose a severe threat to democracy and freedom of speech.

John Markoff, a reporter at The New York Times, established Web 3.0 in 2006. Web 3.0 is, in many aspects, a return to Berners-Semantic Lee's Web concept, which requires no central authority approval and has no central controlling node.

In contrast to Web 2.0, which is driven by advancements in mobile Internet, social networks, and cloud computing, Web 3.0 will build on new types of technical innovation, such as edge computing, decentralised data networks, blockchain, and artificial intelligence.

Content management systems and artificial intelligence are used in Web 3.0.

Why Is Web 3.0 Described As The Internet's Future? How does it work?

According to Tim Berners-Lee, Web 3.0 is a semantic web system that will act as a self-governing, intelligent, and open Internet.