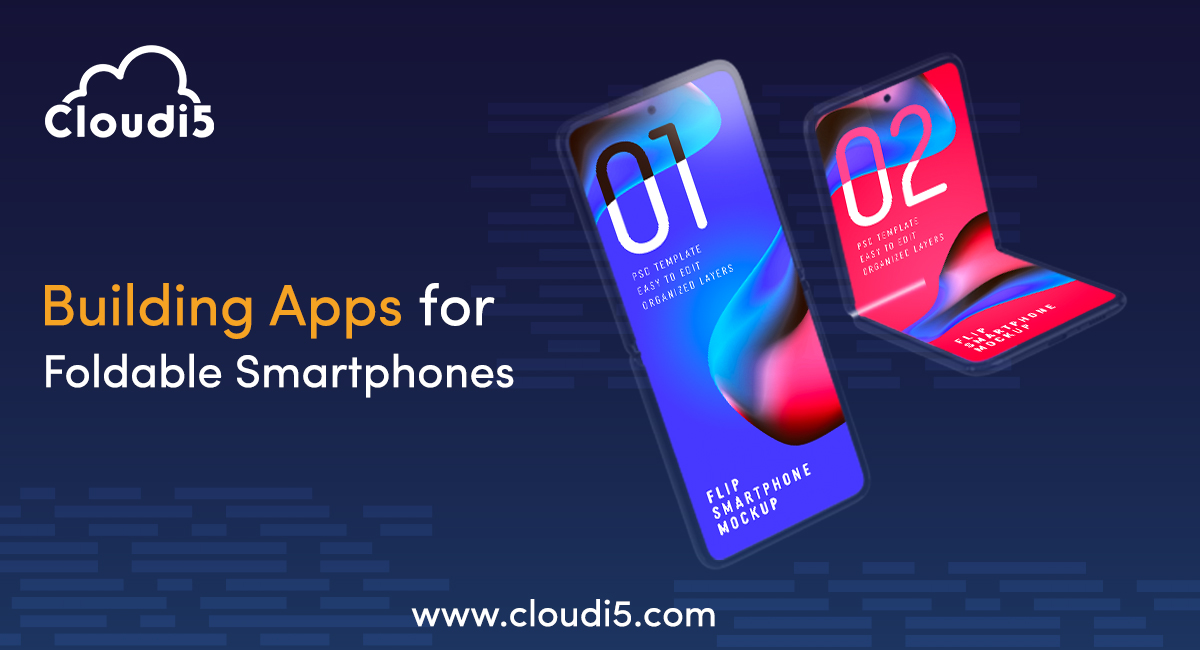 Off late, foldable smartphones are the most talked about in the mobile phone industry. Samsung, Huawei, Motorola have already started their pilot with the launch of iterative models. With such models, users tend to fold and unfold their devices quite often as per their circumstantial requirements. App developers owe their survival to their ability to adapt their App development process and configurational settings to such changes seamlessly. Following are some insights that anyone in the mobile app development industry can adapt while building apps for foldable smartphones.

Capable of fitting both the folded and unfolded screen

As of now most of the phones launched for trials and iterations are based on Android Operating System. Even in this variant of OS, there is a difference in screen aspect ratio between different models. And if other companies like Apple launch foldable phones with iOS, this aspect could become more complex to deal with for a mobile app development company. Such a mobile app development company should strive to build apps that fit in multiple screen sizes irrespective of the device being in folded or unfolded state. This might be a great challenge for app developers.

Though there is an option to open multiple apps in the already existing mobile phones, they can only maintain one app in the active state. What is unique with foldable phones is that users may choose to run multiple apps with multiple screens, and so app developers must work out ways to build an app that can open even if another app is running. The real problem would lie in picking a resource like a camera location from the gadget when there is already another app that is running on the other screen of the device.

The above are the few challenges that a mobile app development company might have to endure and experience in developing apps for the foldable devices launched as trials by some companies. As most of them are in the trial phase, there is a change often appearing almost every time the features are revised and the device is released. Thus by continuously investing one’s time in understanding the possible use cases, and working out various iterations with the user an experience mobile app development company can effectively overcome all of the challenges listed above.